“One reason we’re seeing such intense polarization in American society is that we’re not talking to each other. We’re wrapped up in our own cocoons and echo chambers. In an effort to combat this, KUOW is launching a series of person to person conversational events called ‘Ask A…’. It’s for people who are curious about groups in society they don’t interact with often, interact with negatively, or not at all; groups that are misunderstood or are getting negative attention in our heated political atmosphere.” – Ross Reynolds

To determine if the ‘Ask A…’ Series workshops are having a measurable impact, or “moving the needle,” with respect to variables such as understanding and empathy.

Six separate workshops were held, each focusing on a different group (Muslims, Trump supporters, newcomers, immigrants, police, transgender people). Different participants were involved in each workshop. Participants were solicited via radio and web advertisements. Participants fell into one of two categories: Askers or Answerers. Askers brought their own questions to the workshop; the Answerers addressed these questions, providing their own unique perspectives.

The purpose of this approach was to determine if participants experienced any changes in understanding, empathy, etc. with respect to the Answerer group as a result of the workshop. We also wanted to know if these changes persisted over time – hence, the three months post-survey. 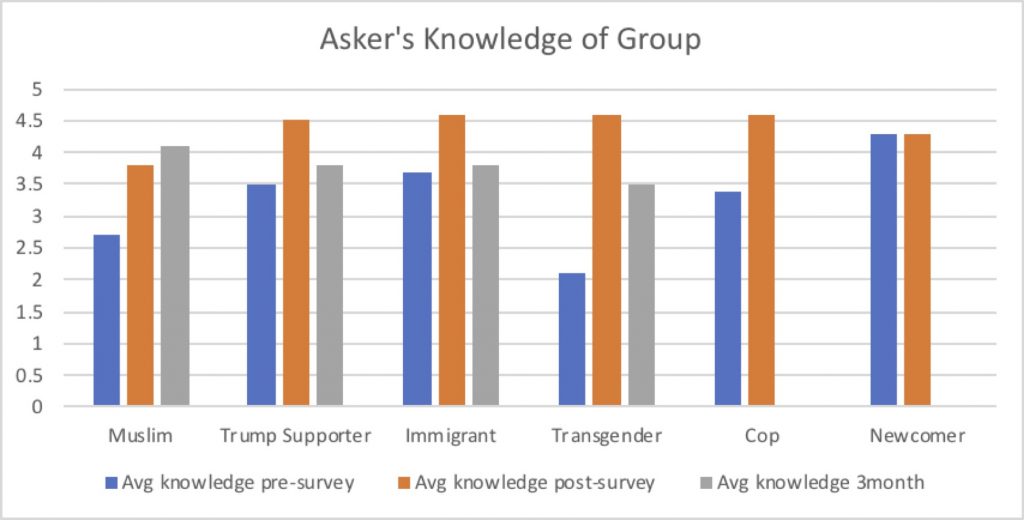 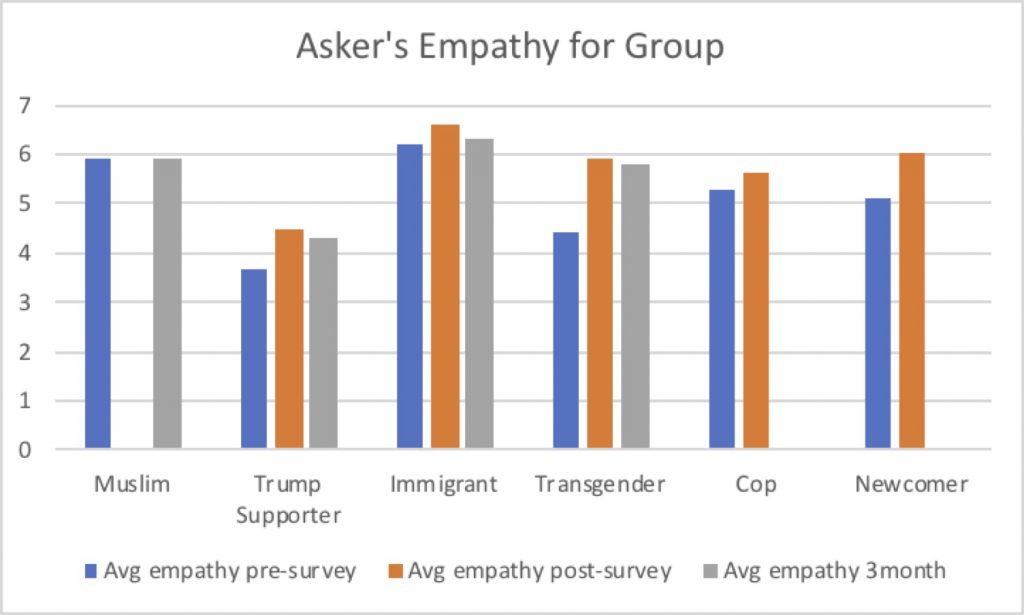 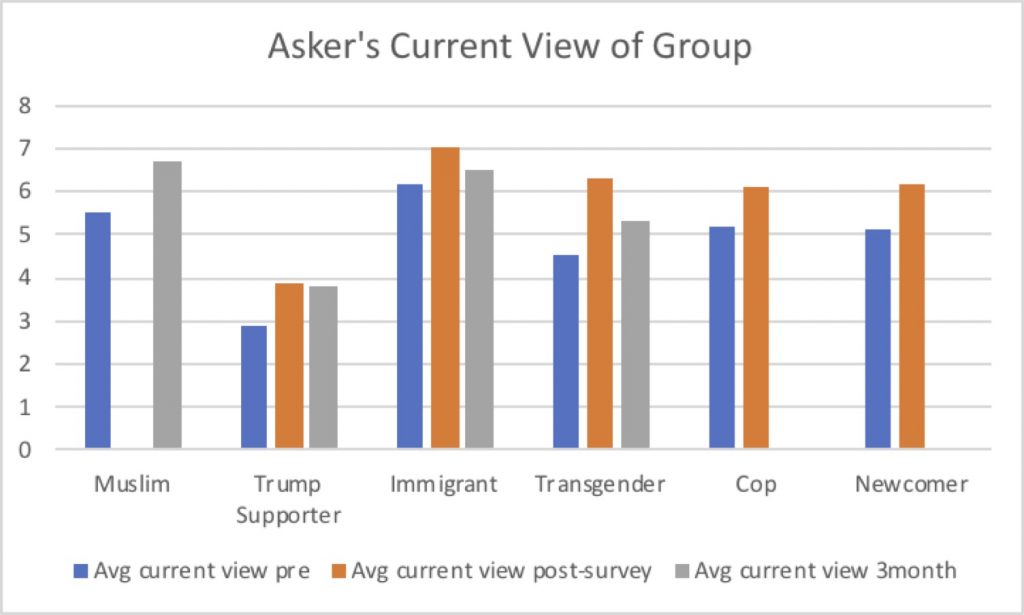 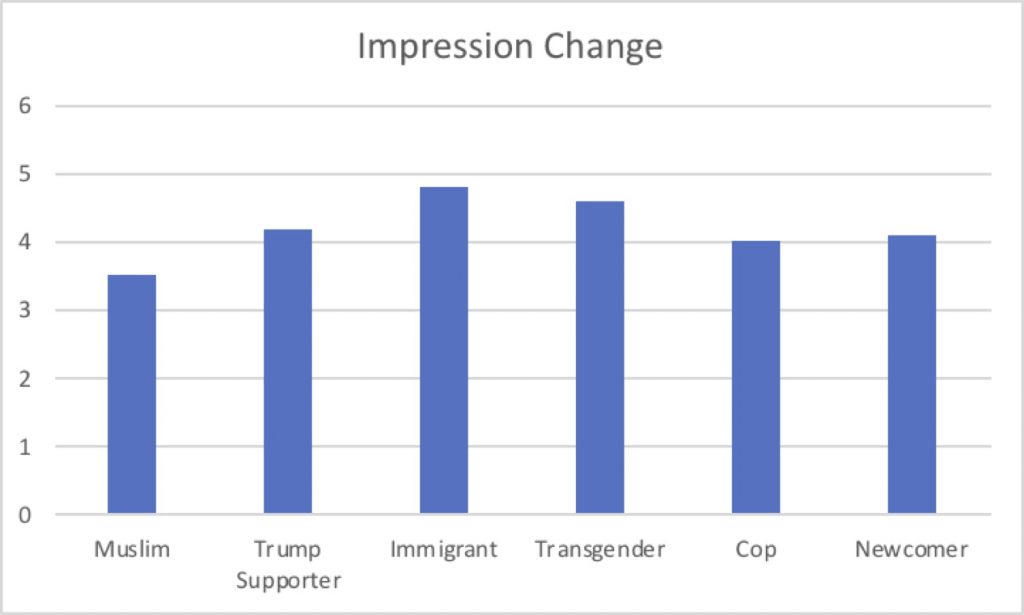 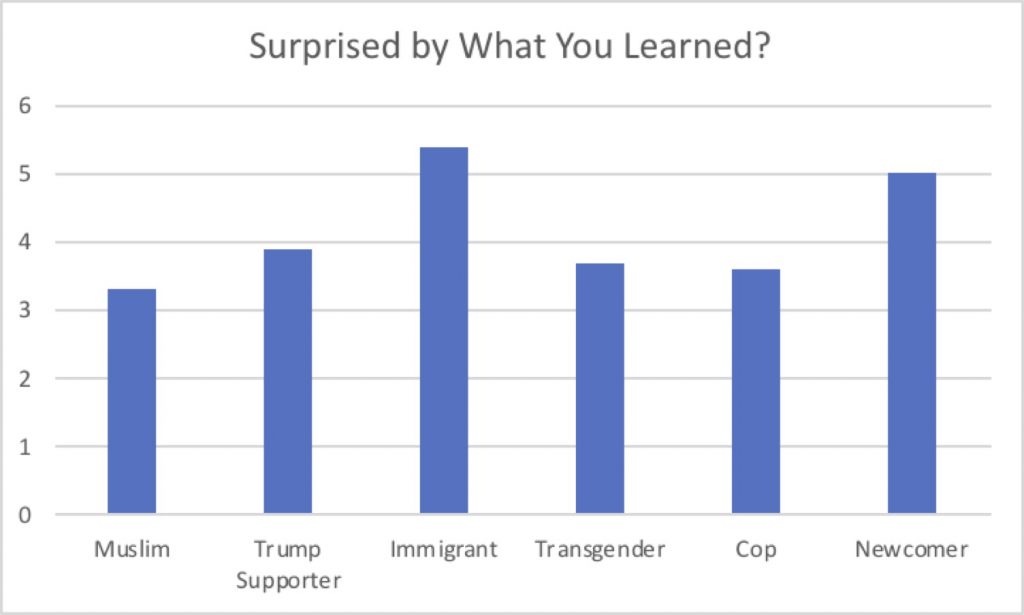 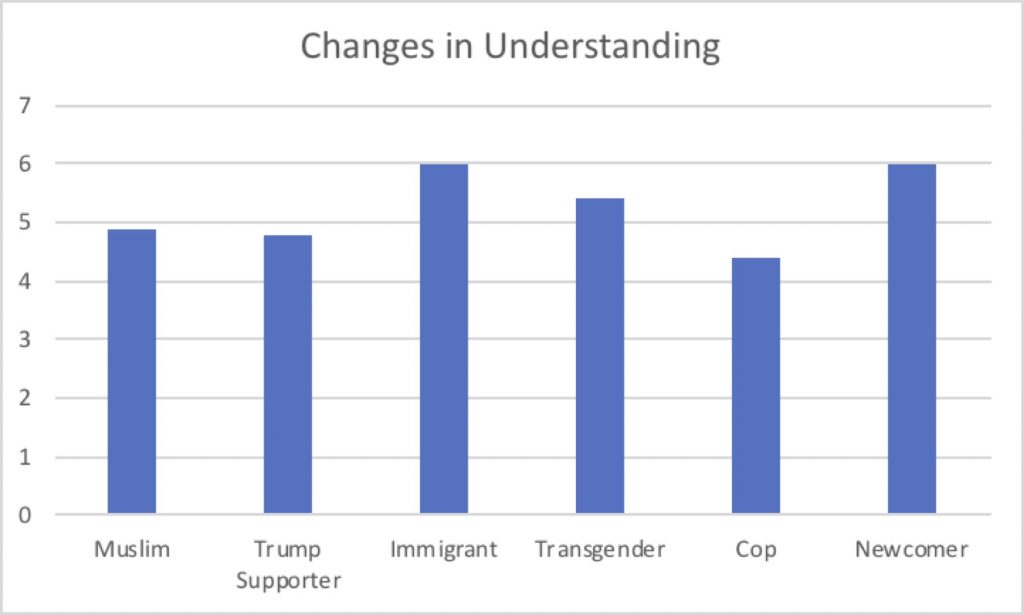 Overall, this data is telling us that the workshops do indeed make a difference on the variables we are measuring; and these results last, as indicated by the 3-month follow-up. This seems to be the case no matter which group we look at.

On the whole, the Askers felt most disinclined towards the Transgender and Trump Supporter groups, which highlights the importance of the positive changes with respect to those groups in particular.

It’s important to emphasize (referencing our correlational data) that participants showed up in very different places with respect to these different groups, and those places mattered for other thoughts and feelings that they had, with respect to these groups. In other words, knowledge of a group or current view of that group is going to have an impact on empathy or nervousness. But once the Askers engaged in dialogue with their respective groups, they all had more positive views and these views lasted over three months.

Get started with our ask A... ToolKit